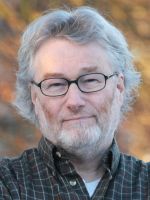 Iain Menzies Banks was a Scottish writer who did his studies to the Stirling University in the fields of English literature, philosophy and psychology.

His first novel, The Wasp factory, is published in 1984 and meet a positive welcome from the criticism. But it’s mostly with his Culture series that the author became famous. This galactic society, anarchic, hedonist, without any currency, high-tech, where all the species – organic or artificial – are welcome, serves as background to nine novels and a few short stories.